If you have ordered shipping reference numbers... View all Tracking FAQ's

No item(s) available in cart.

Availability : Out of Stock

This block can be used as a calibration block with a compression probe; however, its main use is as a reference block with either compression or shear wave probes. Its most common uses are for setting test sensitivity prior to inspection, using various depth of individual Side Drilled Holes (SDH) as reference reflectors. The test sensitivity as set by means of Distance amplitude Curve (DAC)/Time Correction Gain (TCG). The block size and reflector locations shall be adequate to perform calibrations for the beam angle(s) and distance range(s) to be used. The block thickness (T) shall be varying according to test object. Acoustic signals from the same reflecting surface will have different amplitudes at different distances from the transducer. Distance amplitude correction (DAC) provides a means of establishing a graphic ‘reference level sensitivity’ as a function of sweep distance on the A-scan display. The use of DAC allows signals reflected from similar discontinuities to be evaluated where signal attenuation as a function of depth has been correlated. Most often DAC will allow for loss in amplitude over material depth (time), graphically on the A-scan display but can also be done electronically by certain instruments. Because near field length and beam spread vary according to transducer size and frequency, and materials vary in attenuation and velocity, a DAC curve must be established for each different situation. DAC may be employed in both longitudinal and shear modes of operation as well as either contact or immersion inspection techniques.

A distance amplitude correction curve is constructed from the peak amplitude responses from reflectors of equal area at different distances in the same material. A-scan echoes are displayed at their non-electronically compensated height and the peak amplitude of each signal is marked on the flaw detector screen or, preferably, on a transparent plastic sheet attached to the screen. Reference standards which incorporate side drilled holes (SDH), flat bottom holes (FBH), or notches whereby the reflectors are located at varying depths are commonly used. It is important to recognize that regardless of the type of reflector used, the size and shape of the reflector must be constant. Commercially available reference standards for constructing DAC include ASTM Distance/Area Amplitude and ASTM E1158 Distance Amplitude blocks, NAVSHIPS Test block, and ASME Basic Calibration Blocks 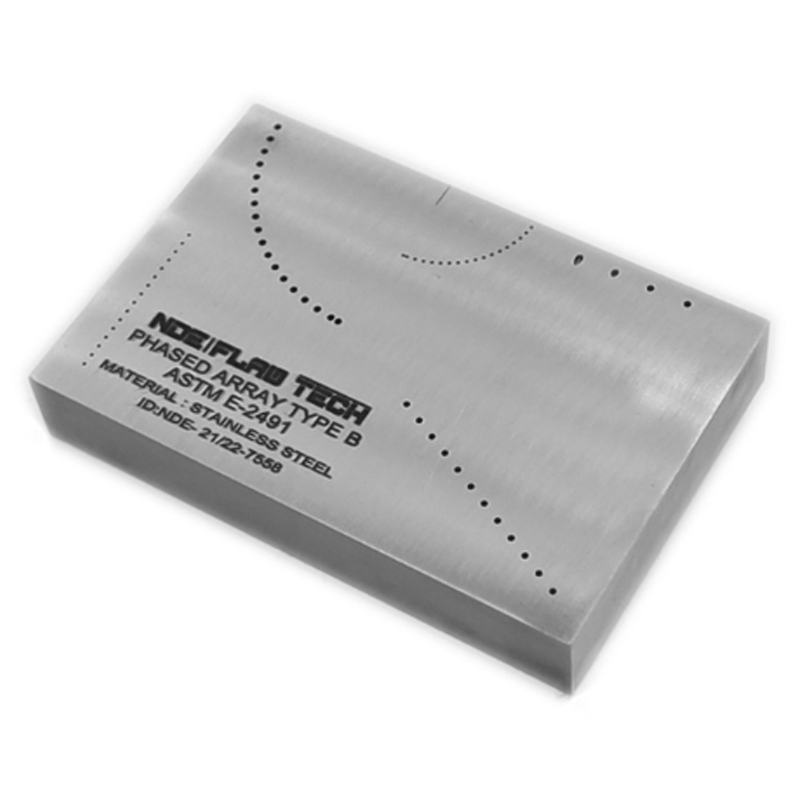